Bloody weddings.  I hate them.  I can't stand them even when I know the people involved.
I'm a cynical git.  I can't help but sit there thinking 'yerrrr, you said that to your last *insert number here* exes'.

They also cost me a fortune as a guest.  I have to buy gifts for people who just want newer, shinier versions of things they already have.  Wasn't the original point of wedding gifts to help a couple set up home?  Just sayin'...

But anyway, I digress.

While 'the world' has been ooohing and aaaahing over a moderately posh bird living the 'fairy tale dream' (i.e. saying goodbye to any personal freedom she once had), shit has been kicking off.

Now I admit that I did hope that there wouldn't be any trouble at the wedding (although this plan for a runaway bride scenario did amuse me), as 1) it's not really that classy to disrupt the day of a couple who have done nothing wrong, and, let's face it, have bog all power, and 2) it's not going to encourage the starry-eyed general populace to back any cause, is it?

But.  This is atrocious.  This terrifies me to my very core.  Pre-crime?  WTF?  I am screwed.  My flippancy in my day-to-day  life means that I will probably find myself regularly taken into custody for pre-assault, pre-murder, pre-GBH...

As a good little law-abider, I have spent most of my life generally unfrightened of the boys in blue.  This all changed, however, with the introduction of the draconian smoking laws, and I spend a lot of time smoking outside, paranoid that I'm still in 'the wrong bit of outside'.  If our thoughts and opinions are now under threat, well then this ain't a world I want to live in.  Pass the full-strength Marlboro (which I paid full tax on, thus funding those there 'public servants' who seek to erode our civil liberties, bit by bit), and I'll smoke myself into the grave.  In a legal location.  Disposing of the cigarette ends in a responsible manner, officer  (Oh, but not before I've done this).

Still, that dress were pretty, weren't it? 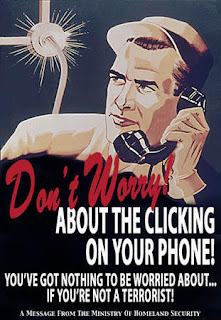 penny_dreadful: a type of 21st century individual, targeted at people who have yet to realise that the cynic sees the world as it truly is. Occasionally lurid, but more likely so in person.

penny_dreadful
Awaiting the day that the people of Britain identify and reinstate their collective backbone...

People cleverer than I...